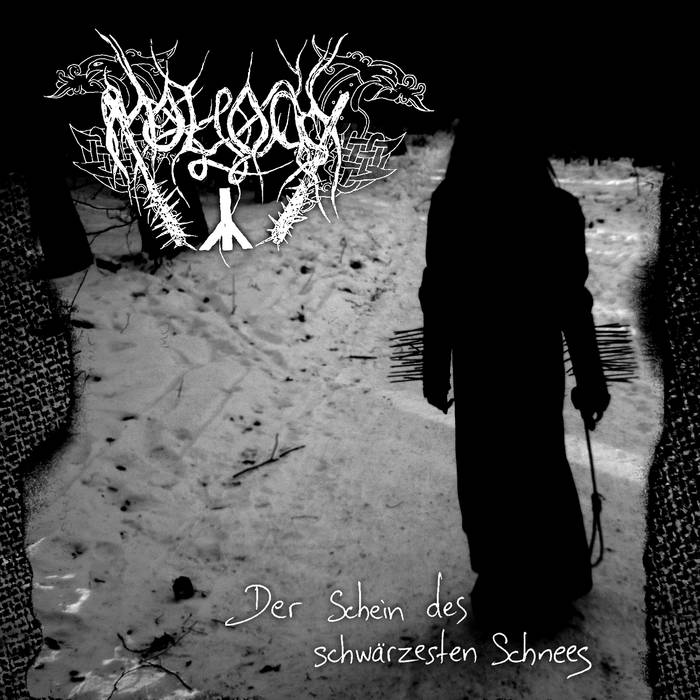 Video "Philosophie der Depression" is a first official video clip Moloch. This video should NOT be perceived in terms of banal suicide. The idea implicit here is a deeper journey into yourself and resonate with the world around us. All elements here have a many metaphors. And to understand them, you should ignore the primitive thinking... Video recorded/filmed in the forest of Ploskyriv by Sergiy Fjordsson (Camera operator, concept) and Vargamor (model on video) in Winter 2009.

Album was scheduled to record with real drummer (Helga from project Gjollheimr), but when the majority of parties was recorded, the PC crash destroyed most of them, together with the first mastering version of some tracks. As a result, half of the tracks on the album are present with real drums and half with programmed. As well as the whole album sound are unmastered.

As a logical continuation of other albums and depressive winter atmosphere of dying 2009 was important to release this album in 2009. In fact they were released officially only in 2011.

Full information about this release: moloch.com.ua/slabid-123.htm

NOTE:
For better perception of the atmosphere - we recommend you to listen this album on CD, Vinyl and Cassette Tapes.