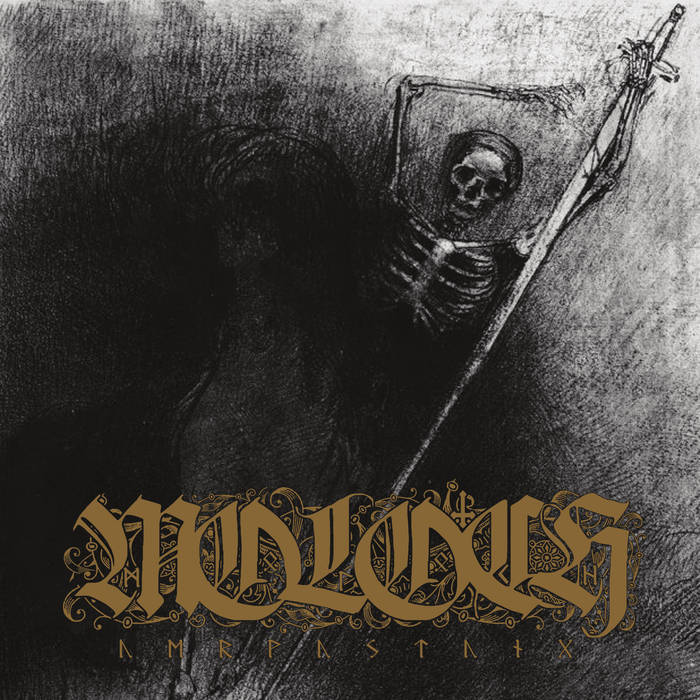 Birthed in early 2002 as one-man band by Sergiy Fjordsson, almost 15 years staying faithful to his primal and crude sound of analog recordins, Moloch delivers cold, misanthropic and desolate mid-tempo Black Metal as well as pure and atmospheric Dark Ambient/Dungeon Synth, influenced by the early works of the bands like Burzum, Darkthrone, Mortiis and so on.

"Verwüstung" (German for “Devastation”) is a 5 tracks raw, hateful yet atmospheric Black Metal with 3 meditative Dark Ambient tracks. Originally were released in 2014 in multiple formats, after few years again available with new re-mastered sound, made by Brad Boatright at AUDIOSIEGE Studios in Portland, that bring these full analog recordings to a new level of intensity. This new edition comes with bonus tracks and available on solid haze gold and black 12" LP vinyl enclosed in a luxurious black, white and gold heavy weight jacket with printed inner sleeve. Each limited to 150 copies.

Full information about this release: moloch.com.ua/slabid-276.htm